Update: The Arkenshield is going live again on Kickstarter in the 2.0 version as of 11/11/20. Get the game today! You have until 11/30/20: https://www.kickstarter.com/projects/the-arkenschild/arkenshield-the-gates-of-thy-an

When people talk about project visions these days, they often ask the same questions over and over again. “What does the target group analysis show?”, “Does the market even have a need for this?”, “Who is going to pay for this?”, “Have you thought about the marketing?” or even “Is there even a business area strategy for this?”. In this way, some interesting innovations are already stifled in the run-up.

This is where Kickstarter comes in. According to the company’s own statement, they offer “a platform to […] turn ideas into reality”. And that’s exactly what it is – a great opportunity to present innovative and creative projects to a worldwide community of like-minded people and – in the best case – to acquire project funds through crowd-funding. The supporters have a very low risk: If the project does not work, no payment is due. However, if the project succeeds, he gets the ordered product and all upgrades unlocked by the multitude of so-called “Backers” (so-called “Stretch Goals”).

We are also going down this path in 2020. For more than five years, our team has been working on the implementation of a board game whose roots can be found in a global brand campaign for one of our clients (Affenwald Wild.Life.Park). First, a few key figures: 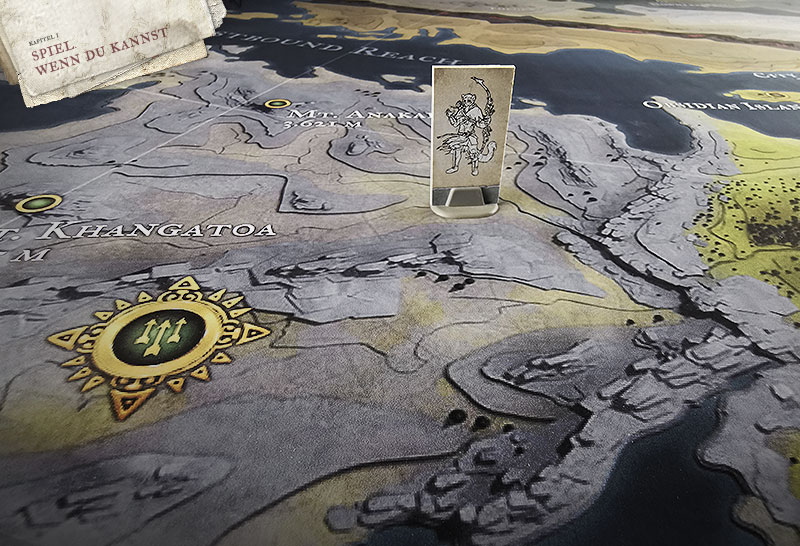 The prologue
Many months ago, an envoy from the legendary City of the Outer Sands had arrived in Thaera’ijun to report that the abandoned ruins beyond the Great Salt Desert had once again become the garrison of a vast army of the fallen Imperium. Scouts sent north did not return. Rumors spread and fear settled like a paralyzing shadow over the southern kingdom. Much had changed since those days – but no one dared to talk about it. And so that’s how it began: with a rumor, a simple weapon, and a little bit of courage. You were doomed to gather companions around you and lead an expedition into the icy cold of the north. Will anyone join you on your journey into the unknown?

The game
The Ark Shield is a turn-based – fully cooperative – board game for 2 to 4 players (3-4 player mode is unlocked via Stretch Goal) in which opponents attempt to be the first to storm the mighty citadel – home of the fallen empire – to achieve this goal, players gather companions around them to form the Ark Shield community over time. On their way north, they can either follow the major trade routes or make their way to the citadel via the secret path. The two are not mutually exclusive, as the chosen path can be abandoned at some points. The closer the players get to the fortress in the ice, the more difficult the efforts become and the more companions have to accompany their expeditions.But not the way and the arrival alone decide about victory or defeat. It counts not only the items captured during their long march to the northern territories, but also the defeated enemies (among them the great Fossa force, their Baboon commanders, the countless creatures as well as the creatures of the shadow world). The Arkenschild combines components of a board game with those of a card game. The use of dice is explicitly avoided. Rather, it is a matter of asserting oneself with one’s strategic skills. Thanks to the variety of companions, cards, events and movement tokens, the game never gets monotonous, as it always offers new and different possibilities – also in the interaction between the players. After a short introduction it is relatively easy to understand and therefore has a very high replay factor.
The content
The basic game comes with 3 game boards, 4 game pieces, 240 game cards (including companions, items, enemies, emotions and events), 70 movement tokens, 180 coins (silver / gold), 60 resources “Influence”, 60 resources “Power “, 20 resources “Experience”, a round guide and a game manual. 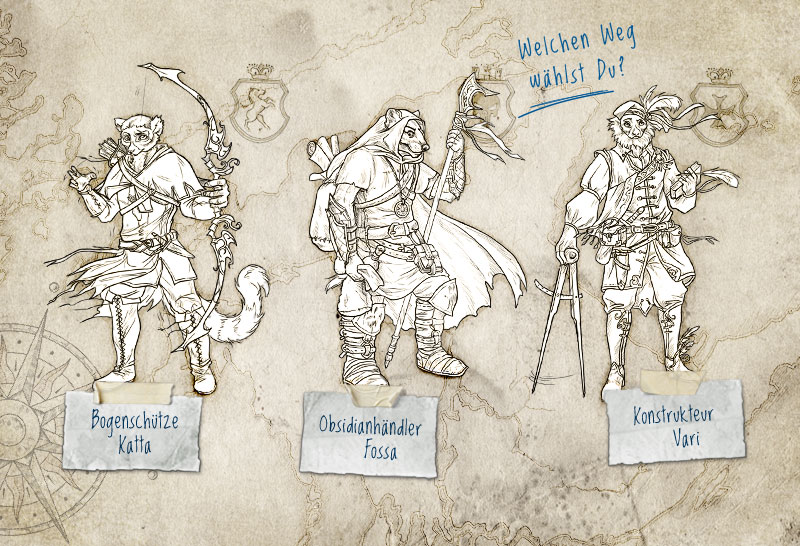 The extensions
In addition to the base game The Arkshield – The Gates of Thy’an, nine additional expansions are waiting for the enthusiastic player and can be unlocked one by one via the Kickstarter “Stretch Goals”. All of them build on each other to tell the entire story of the Arkenschild.

The Early Bird Bonus
The first 500 supporters get the so-called “Early Bird Bonus”. You will become the “First Champion of the Arken Shield”. To learn more, visit our campaign page at 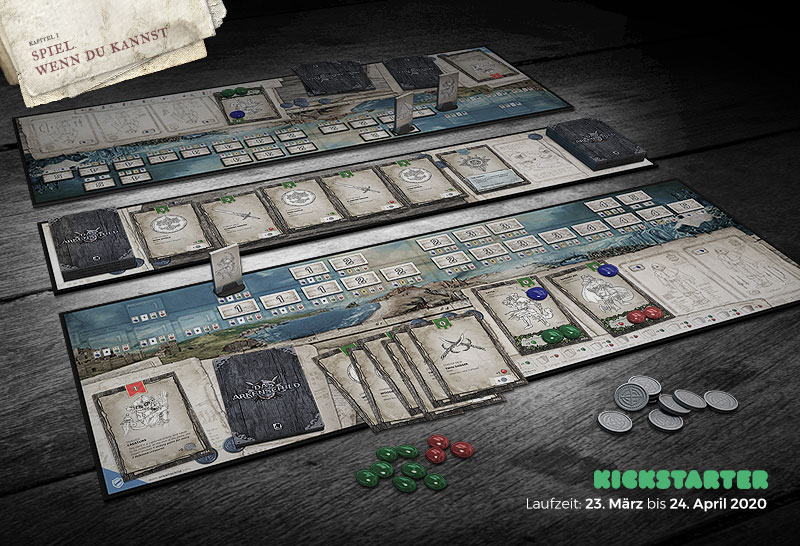 Our contact person will be pleased to help you:

Do not miss any more news

Subscribe now to our quarterly newsletter on topics such as sales campaigns, developing brands, digital routines, events, recommendations and stay up to date.

Do not miss any more news

Subscribe now to our quarterly newsletter on topics such as sales campaigns, developing brands, digital routines, events and recommendations.

LinkedIn for CEOs and Managing Directors